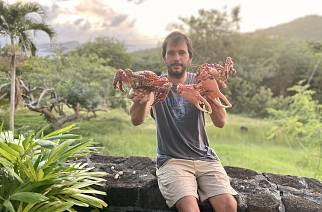 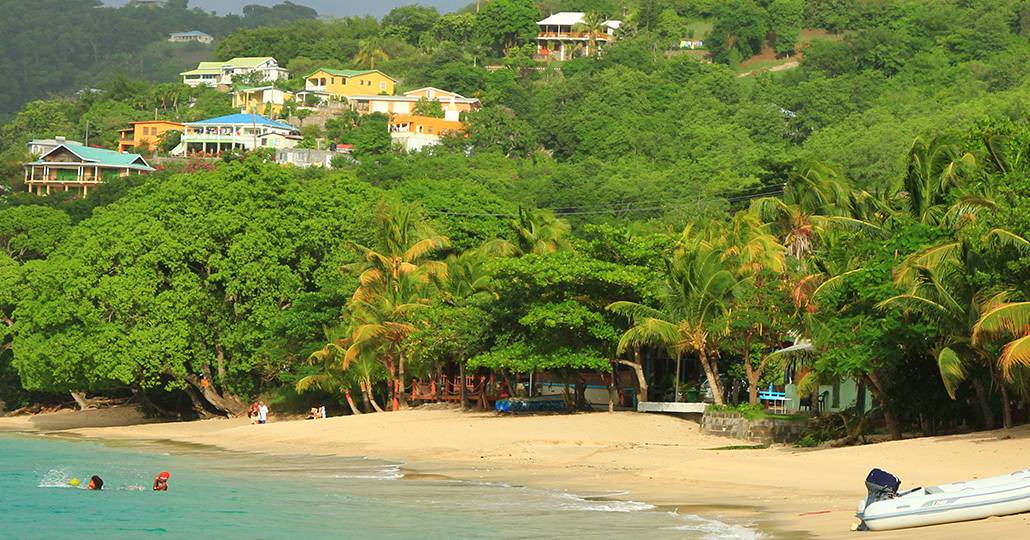 Real Grenadines focuses on freshly-emerging overseas property opportunities in one of the less developed parts of the Caribbean.

Otmar and Sonja Schaedle sailed into Bequia for the first time on Christmas Eve in 1978. They had sailed down from the island Guadeloupe, which is part of the French Antilles, where they arrived from their Atlantic crossing on a French three master called the Belle Espoir.

They immediately fell in love with Bequia and decided to spend a few weeks. While exploring the island, they stumbled upon a lonely spot above the sea, a place with a glorious view overlooking The Grenadines.

Formidable walls, ancient water cisterns and heavy foundations - all abandoned! The discovery haunted them. After returning to Bequia the following year they managed to purchase the estate and set off re-building the ruin, which they believed was a former sugar plantation. These rebuilt structures became known as the Old Fort, Boutique Hotel and Estate, which up to this day accommodates a variety of guests and visitors.

Although the Schaedle family has been involved in real estate endeavours for decades, it's only in 2003 that we have become more involved where commercial real estate and development is concerned. It started with our own development, Old Fort Estate in Mt. Pleasant, where we developed a part of our estate. Through the increased demand of foreigners and friends wanting to invest in Bequia, we gradually became more involved in the real estate business, offering more and more properties around Bequia and St. Vincent and the Grenadines on a whole.

Originally our real estate company was named Old Fort Estates, which was created by Quirin Schaedle, Sonja's and Otmar's son, however it was later renamed to Real Grenadines. Quirin, who grew up on Bequia, lived numerous years in Europe in countries such as Holland, Germany and the United Kingdom, where he also studied at the London Metropolitan University. Quirin is now the sole operator and owner of the company.

Today we have an impressive portfolio of investment land and properties in this quiet, but soon-to-be-discovered, part of the Caribbean. Bear in mind however, that the properties shown on this site, can provide only a snapshot of the opportunities that can be explored by combining our knowledge of the region and our network of local contacts. We would highly recommend meeting in person, whereas we would then happily assist and discuss the possibilities, which we and St. Vincent and the Grenadines can offer to you. Feel free to contact us anytime and we will get back in touch with you as soon as possible.